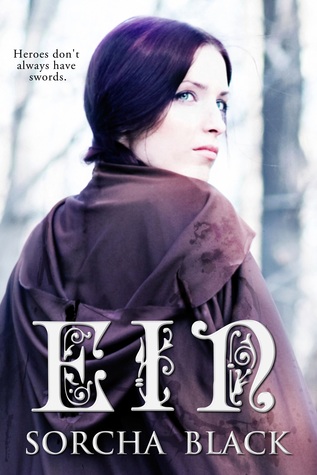 In love with a girl from school and the man hired to torture her, Einan is sent reeling when she thinks them dead. Destitute, she finds herself responsible for protecting children left uncared for in the wake of the Cedesian War.

Poor children are disappearing all over the city. While struggling to keep them safe, Ein accidentally sparks a rebellion. Will love find her again in the chaos or will she die a martyr?

This Dystopian Fantasy was absolutely amazing. It is set in a world where the caste you are born into determines exactly what you will be. There is little movement among castes and discrimination is rampant. A war is on and times are hard. There is a significant social movement stirring as this book begins. Our heroine, Einan ignites the flames that start a revolution. This is a story of love and justice, and it is a story of faith. Einan comes from a lower middle class family. She is outspoken and a bit rough around the edges. Einan doesn’t believe the “Dust”, or lower class people should suffer. She speaks up on their behalf and is frequently put back in her place. She and her best friend, Seraiya, are  room mates at boarding school. They know that they are there to be prepared for marriage, but they only have eyes for one another. In the privacy of their room, they can be free to express their feelings.

As time draws to a close and Seraiya is about to be married, the girls must end their romance and move on. Einan only hopes that Seraiya can be happy in her new life. But things go terribly wrong. Seraiya’s father, who is in a political position, has done some unsavory things. When his past catches up to him, his only daughter is going to pay the price. When Einan is abducted and mistaken for Seraiya, she plays along. Her last wish is to save the life of her lover. Einan is thrown into a dungeon and her captors begin to negotiate with her “father”. But things don’t go quite as they are supposed to.  Einan ends up surviving, but she will bear the scars of her time in captivity for the rest of her life.

While captive, she falls for Ruel. He is her captor and he is supposed to be her torturer. When he discovers her secrets, he can no longer deny that he has feelings for her. He becomes her protector and her savior. When she is finally free, she learns that all that she has ever cared for is no more. She believes Ruel to be dead.

But the world is not done with Ein yet. She is taken in by a kind old “Dust” Grandmother. But her suffering is not done. Ein learns just how cruel the world can be.

This story is so dark and I found myself sucked in at this point wondering when this poor woman would catch a break. She is beaten down, but not broken. No matter what life throws her way, she keeps going. She becomes and advocate and a mother. She is the protector of those who can not stand up for themselves. And through it all, Einan discovers that she can love again.

This book leaves you feeling SO many things. Ein becomes a hero to the poor people in a war that shows no sign of ending anytime soon. When children begin to go missing, she goes looking for them and frees them. They are being sold off as slaves of all kinds. Despite the dark tone of the book, it is still quite hopeful. Ein is visited by the spirit mother of her people. She is guided on a journey to save the children.  Einan brings hope where it hasn’t been any in quite some time. She becomes legendary and almost untouchable.

I would highly recommend this book to all of my friends.

*A copy of this book was provided by the publisher via NetGalley in exchange for a fair and honest review.*

I am a thirty something wife and mother of two. I read in all of my free time. I can't remember the last time I chose to watch television. I would prefer reading or hanging out online24/7 but one must pay the bills, thus my day job. I like UF but lately have been exploring more erotica and adult romance novels. I love a good Alpha male and I am not afraid of the dark stuff. I like historical romance as well. Sometimes I go for the YA stuff. I'm a sap for a good love story. I prefer a HEA (insert unicorns, rainbows and kittens). Genres I will read: Contemporary Romance and some Historical Romance, Erotica, Urban Fantasy, Young Adult, and Paranormal Romance.
View all posts by Reading Haven →
Image | This entry was posted in 2014, 5 Stars- Best of the Best, Dark Erotica, Dystopian Fantasy, Heather's reviews and tagged Dystopia, Ein, Erotica, Romance, Sorcha Black. Bookmark the permalink.